"And God said, Behold, I have given you every herb bearing seed, which is upon the face of all the earth, and every tree, in the which is the fruit of a tree yielding seed; to you it shall be for meat."   GENESIS 1:29 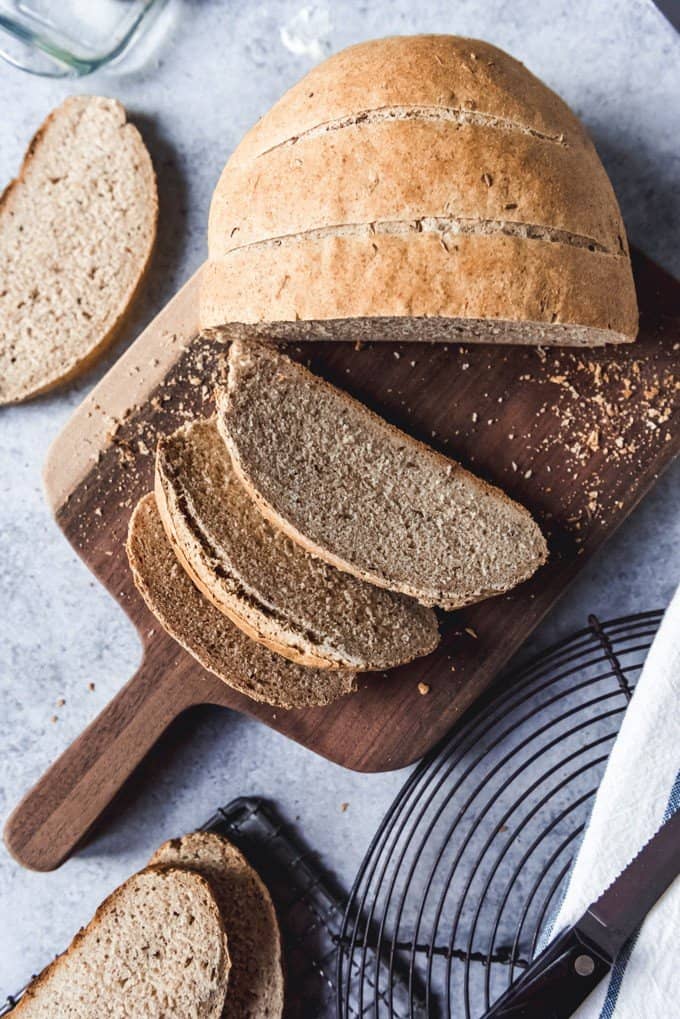 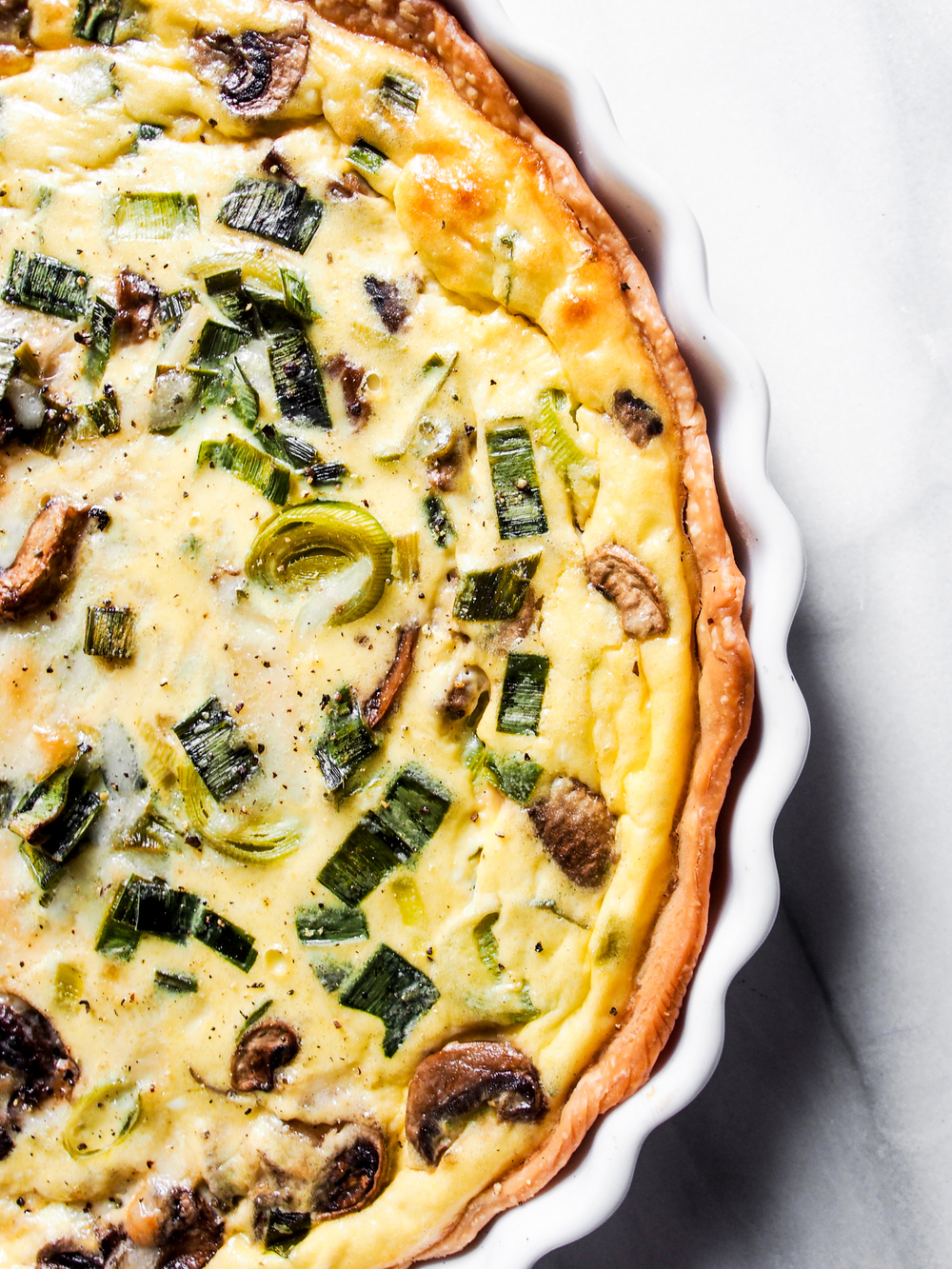 1.  Melt butter in a large dutch oven or heavy bottom pot over medium heat. Cook the onion, celery, carrots, and potato until the onions are translucent, about 10-15 minutes. Stir occasionally so the vegetables don’t brown.
2.  Stir in the turkey and potatoes, and sprinkle the mixture with the flour, kosher salt and freshly ground black pepper. While stirring, cook for 3-5 minutes or until the flour taste been cooked out.
3.  Add the chicken broth and half and half. Bring the mixture to a boil, stirring often, and cook until thickened, about 3-5 minutes.
4.  Stir in the curry powder and peas. Turn off the heat and allow to cool slightly.

To assemble the pot pie:

5.  Preheat the oven to 400°F.
6.  To roll out the dough, place one half of the dough on a countertop sprinkled with flour and sprinkle the dough with flour. Rub flour on the rolling pin and rap the dough with the rolling pin 6-8 times to soften it. Flip the dough over, lightly dust it with flour and rap the dough again, this time in the opposite direction.
7.  Starting from the middle of the dough, roll the dough away from you, giving it a quarter turn after each couple of passes. Flip the dough over and once again roll the dough from the middle outward, giving the dough a quarter turn each time, dusting the flour and the roller as needed.
8.  If any of the butter breaks through the surface, sprinkle some flour over the exposed area then brush away the excess.
9.  Roll the dough to 1/4-inch thickness and a few inches larger than your 9-inch glass pie pan. Gently fold the dough in half and in one movement and lift it off the rolling surface and into the pan. Unfold the dough circle and gently ease it into the pan. Don’t stretch the dough down into the pan or when it heats up in the oven, it will bounce back and shrink.
10.  Repeat with the other disc of pie dough. Fold and set aside.
11.  Scoop the turkey mixture into the pie pan, mounding in the middle if needed. Top with the reserved disc of rolled out pie dough. Tip the excess dough handing over the lip of the pan so it is one inch beyond the lip. Fold the top and bottom layers of pie dough under one another on the lip of the pie pan, making a big edge. Crimp the edge with the tines of a fork or flute the edge by pinching your knuckle into the middle of the index and middle finger of your opposite hand and repeat along the edges of the crust.
12.  Cut 3 to 5 vents in the top of the pie. Whisk 1 egg and brush on the top of the pie dough. Bake for 45-50 minutes. 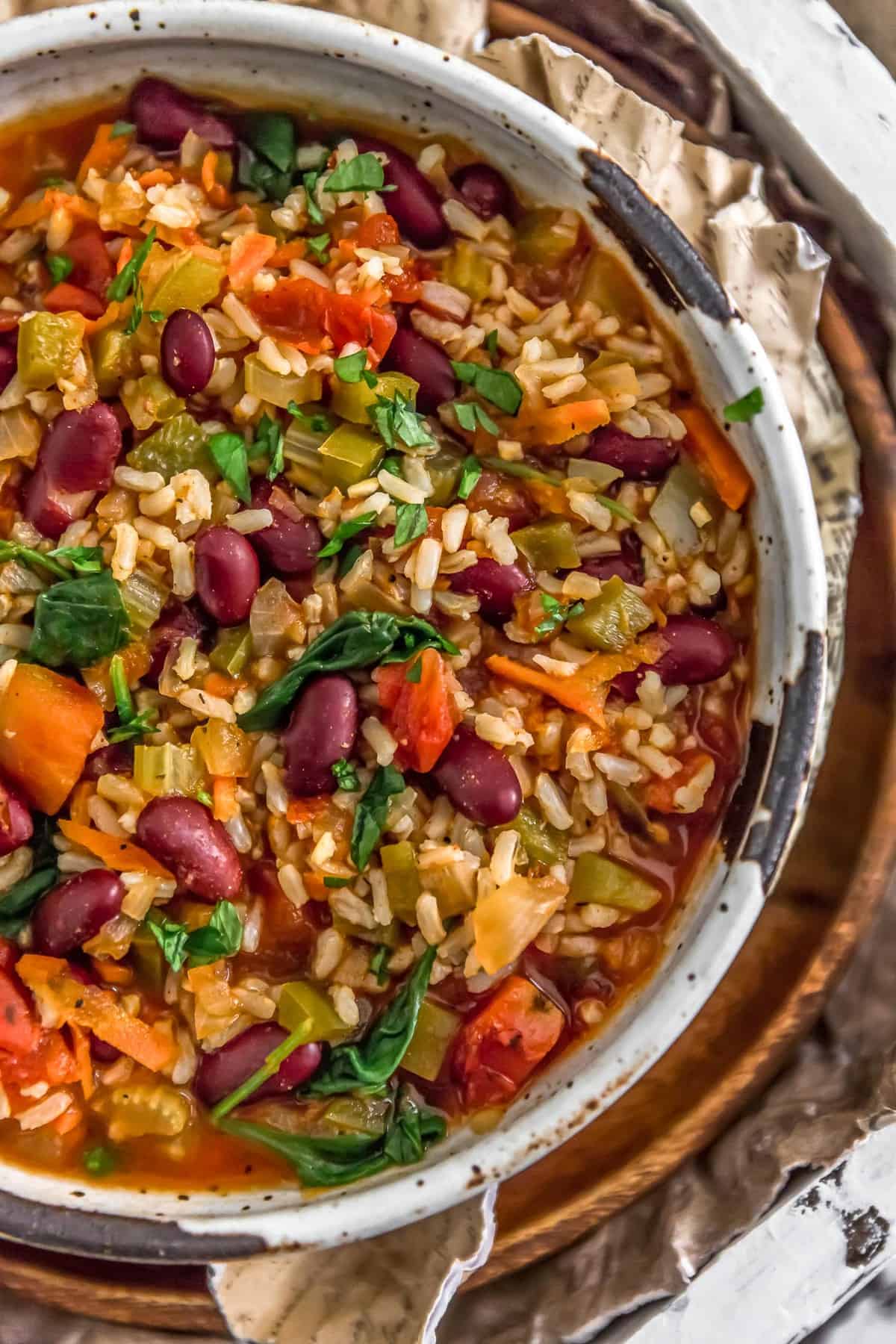 1. Place chickpeas in a bowl of water and rub them together to peel the skin (optional step, but helps create a creamy texture).
2. Drain the garbanzo beans and transfer them to a food processor. Blend them alone until they become powder-like, scraping down the sides as needed.
3. Add the lemon juice, tahini, garlic cloves and salt and 2-3 ice cubes, and blend for about 5 minutes until smooth. Taste and adjust as needed by adding more lemon juice or salt. Makes about 1 and half cups.
4. Spoon the hummus onto a plate or bowl, and spread the hummus with the back of a spoon to create swirls.
5. Drizzle with olive oil, sprinkle with paprika and fresh parsley. Serve cold or at room temperature. 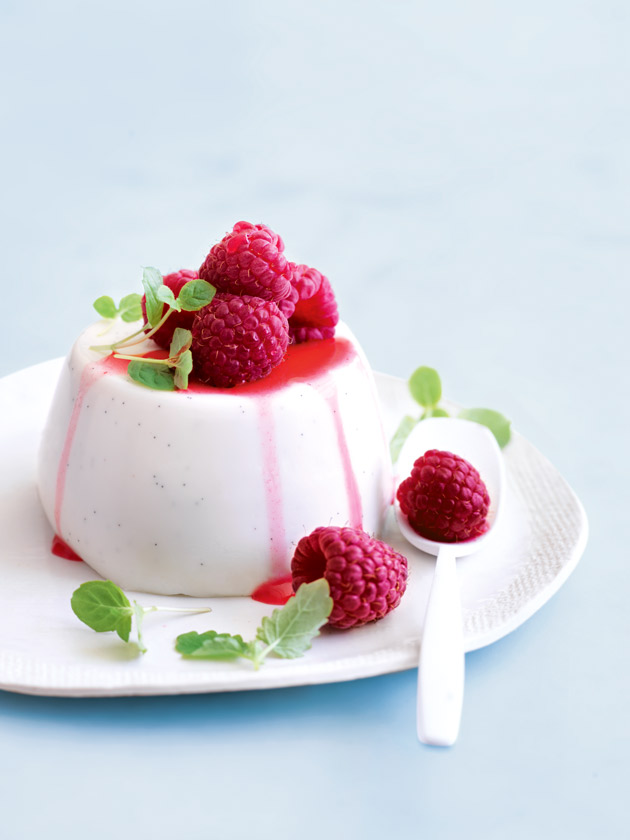 Tip: If you don’t have dariole molds, you can also set and serve these panna cottas in small glasses and bowls, without turning them out. 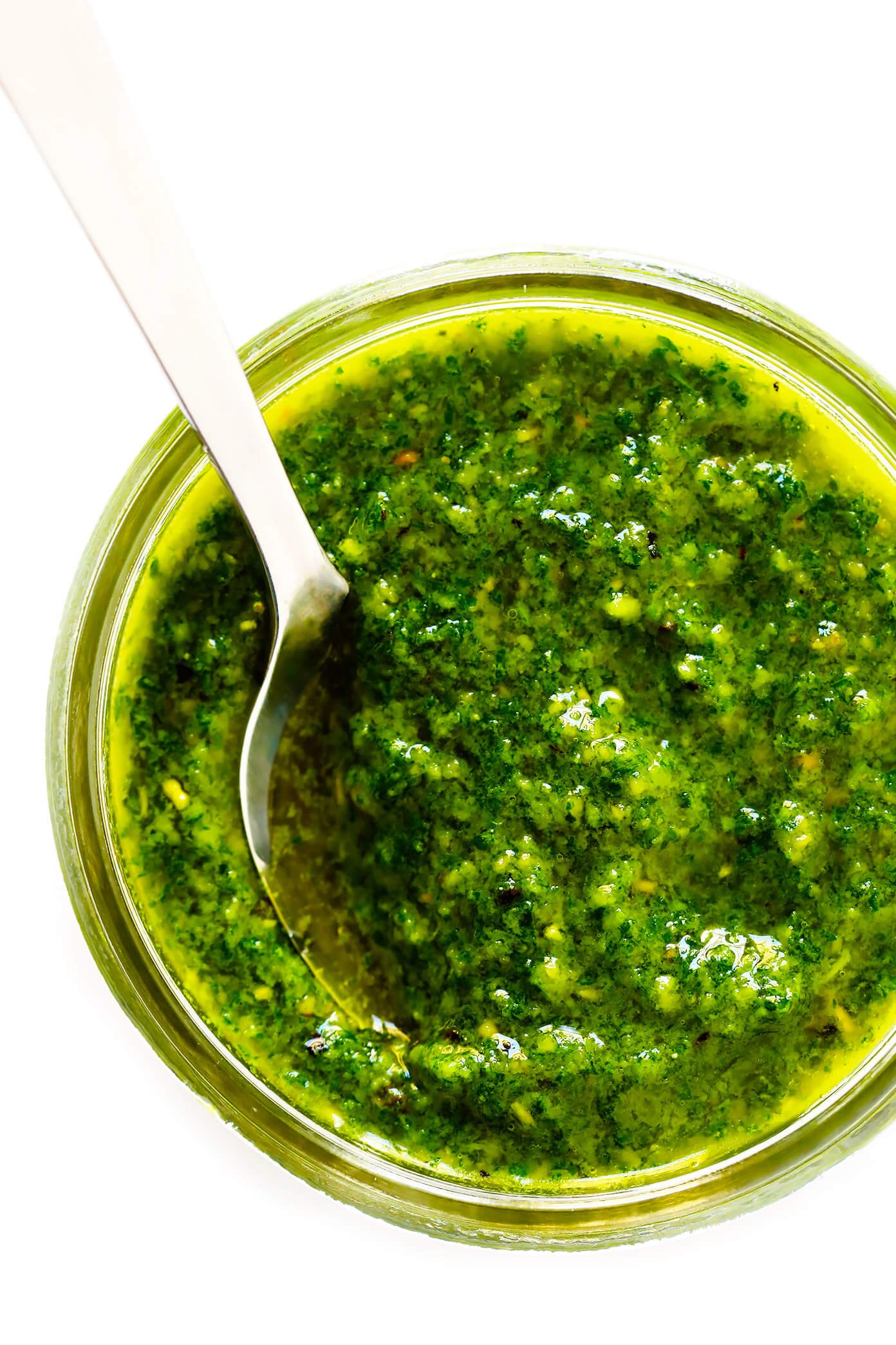 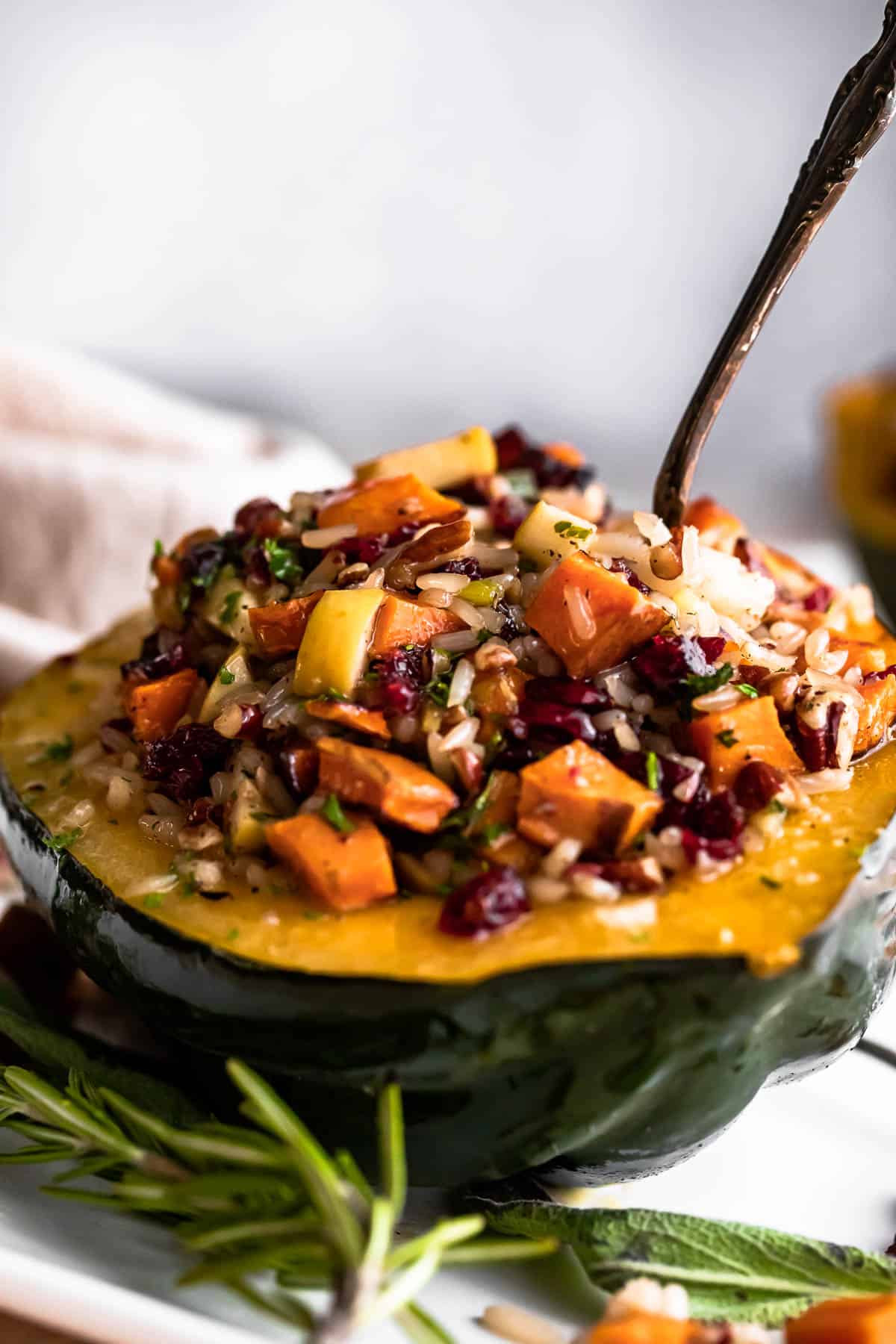 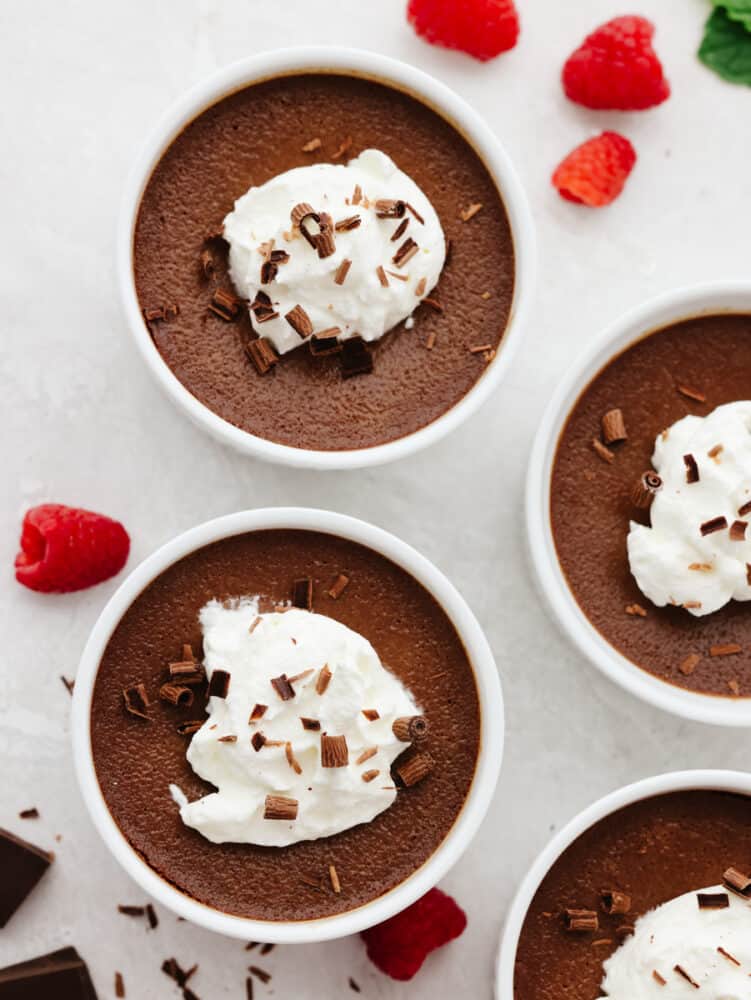 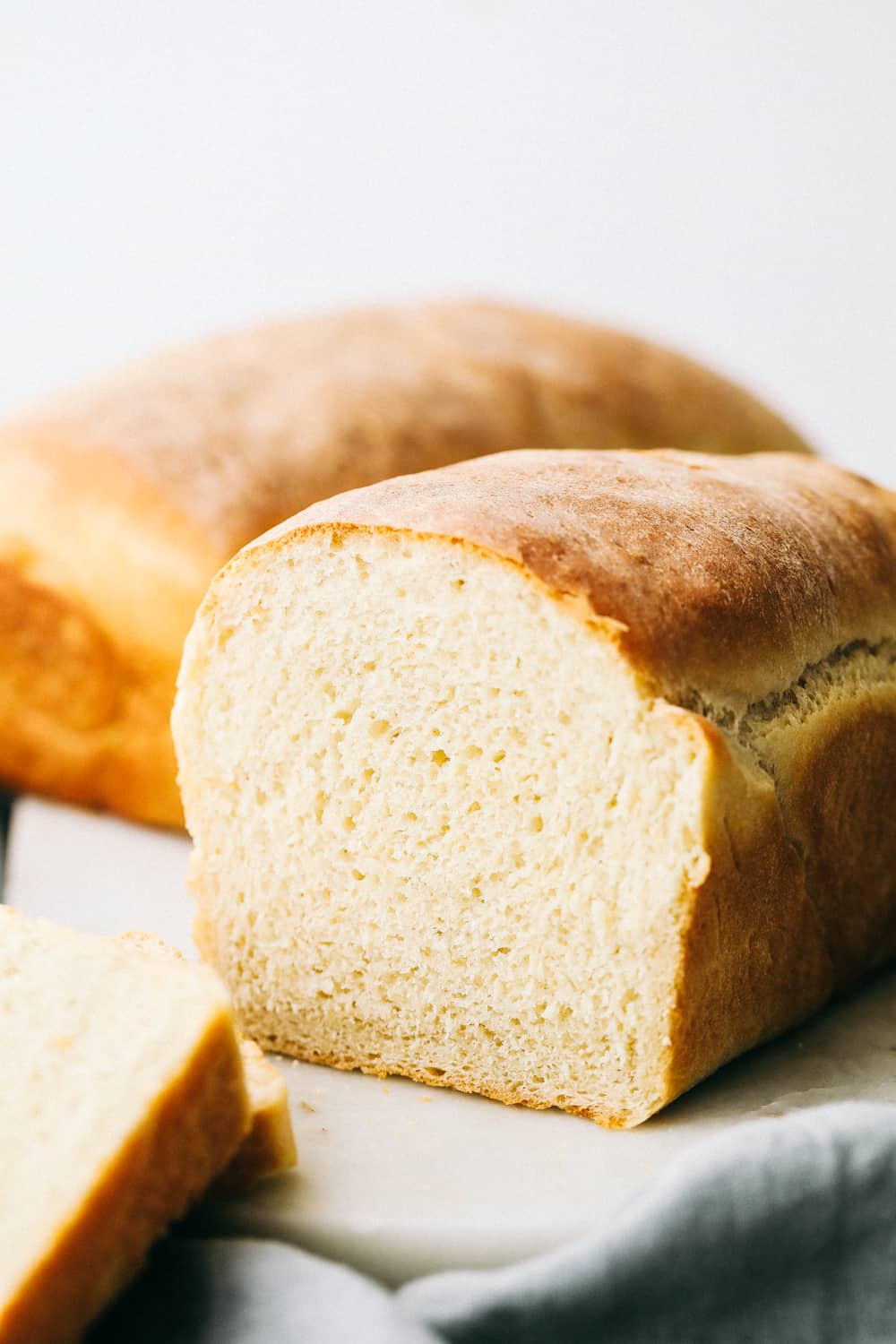